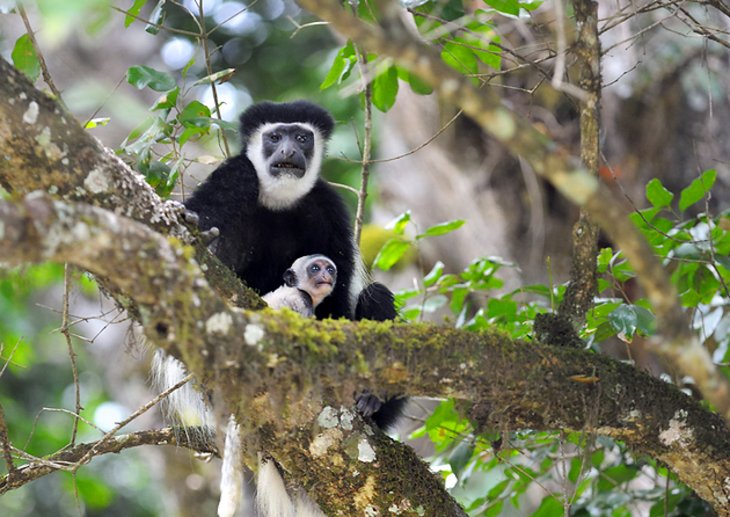 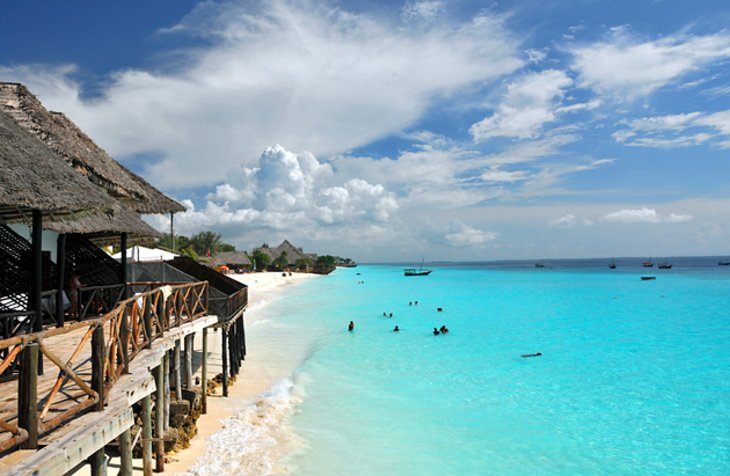 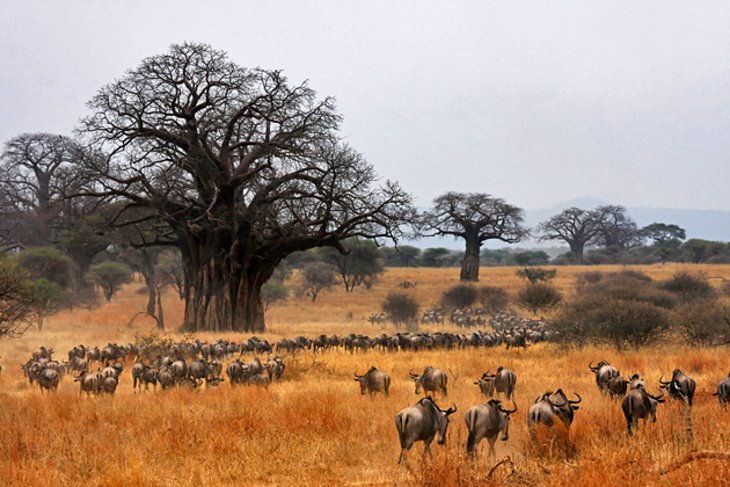 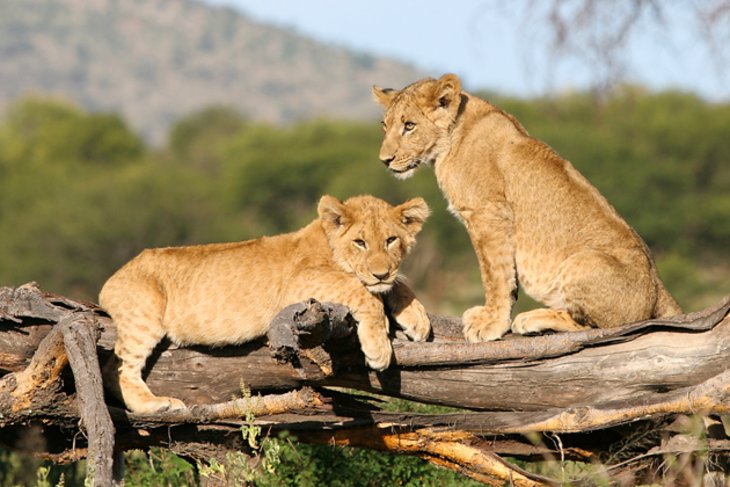 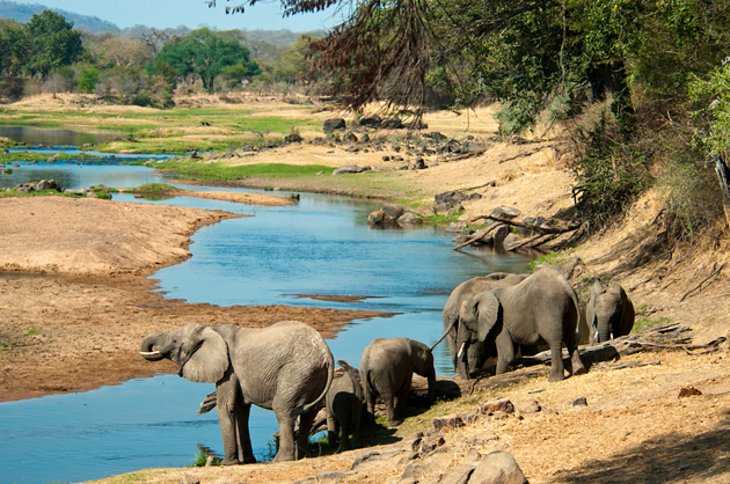 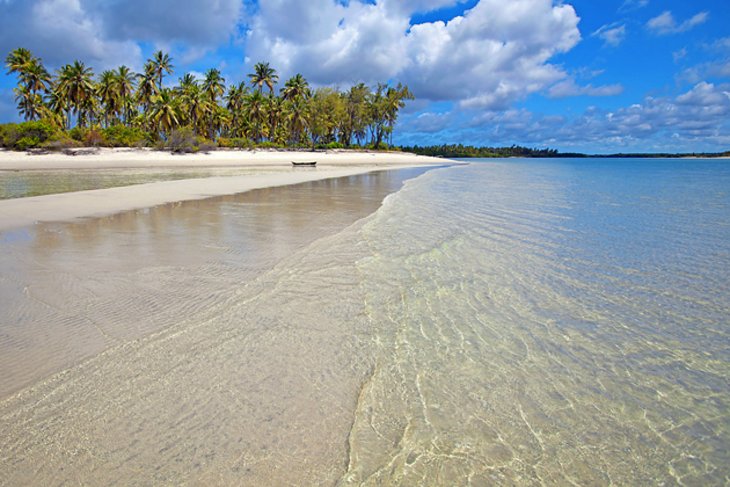 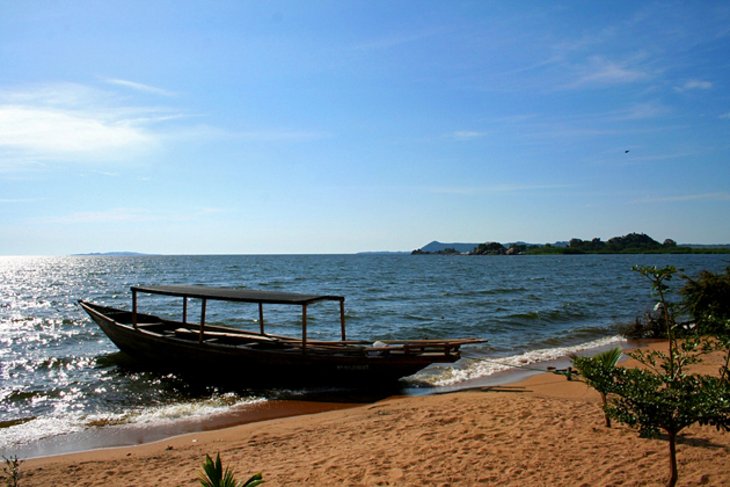 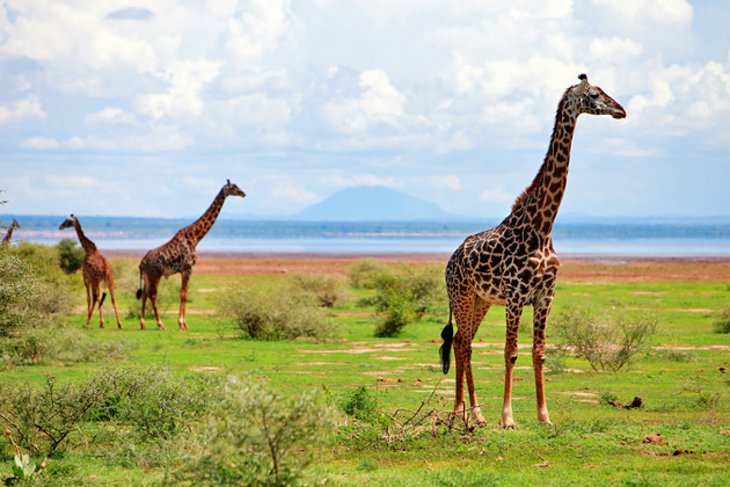 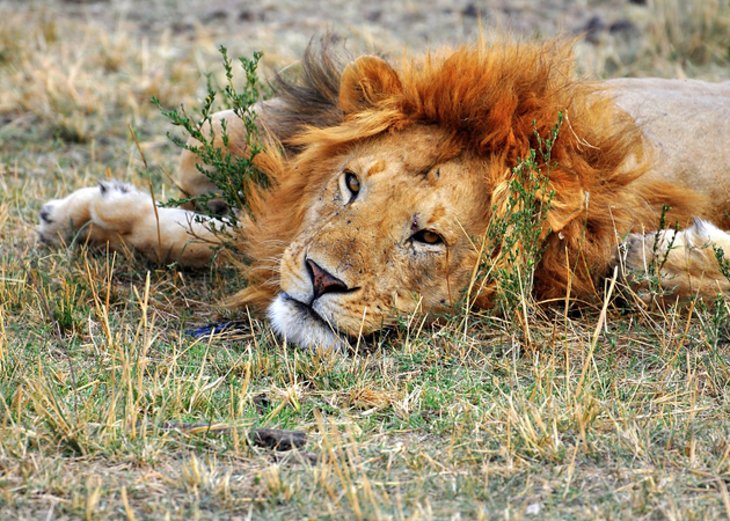 GTL is not registered as Tour operator, but with local tour operator we arrange for Mountain climbing, Safaris, Lodges and camping for participants. It can be during weekends,after program completion or at any point of time when internship is underway.

Tanzania is home to some of Africa''s most famous national parks and the majestic Mount Kilimanjaro rising above the Serengeti.
The tourism industry in Tanzania has experienced an extraordinary growth over the years. The success of our tourism industry is hardly surprising. Few destinations worldwide can compete with what Tanzania has to offer

A country with unbeatable natural resources. Stunning landscapes, spectacular wildlife diversity and concentration, safari adventures to remember for a lifetime, challenging mountain and active water sports, barefoot beaches and idyllic islands, historical and cultural riches, all wait for you in dream vacation venues where you can relax in luxurious self-indulgence .

But tourism is a very competitive industry : destinations rise and decline. It is in this context that Tanzania's tourism industry has to be shaped in a manner that can withstand such a cyclic eventuality. "Making Tourism Work for Tanzania

Most visitors will find themselves passing through Dar es Salaam and heading out on safaris and various wildlife viewing adventures. For those who want to take a break and spend some time soaking up the sun, the beautiful beaches of Zanzibar beckon. Off Pemba and Mafia islands is a whole other kind of natural wonder, one most appreciated by the scuba divers and snorkelers who come here from around the world to experience the coral gardens, colorful fish, and crystal clear water

The animals travel in search of fresh grass, usually between June and August,However, even without the Great Migration, the park sports the densest lion population in the world and is home to all members of the Big Five and almost 500 bird species. The Serengeti fits well into most people's dream of an African safari with its abundant wildlife, vast golden plains dotted with thorny umbrella acacia trees, kopjes, and sausage trees, and its crocodile and hippo-filled rivers. When planning your time to this amazing place, you'll want to take into account its large size and the timing of your visit to ensure the best viewing experience.

In addition to the traditional daytime game drives, you might consider seeking out an alternative view of this beautiful ecosystem on walking safaris, night drives, and even from atop of a horse, hot air balloon, or plane! Including education and cultural activities such as visiting a local Maasai village or learning about the important pale anthropological findings at Oldupai Gorge can also enhance a visit to this region. We loved our time in the Serengeti and below we'll share our guide to visiting this amazing area. First we'll share some practical information and then we'll cover our list of the top ten things to do in the Serengeti..

The world famous Ngorongoro conservation area, which is called the eighth wonder of the world, is one of the world's greatest natural spectacles. It stretches across some 8,300 sq km, comprises of landscape wildlife, people and archaeological sites. The enormous volcanic caldera(Ngorongoro, Olmoti, Empaakai), the Salei grassland plains, lakes, swamps, Northern highland forest reserve provide different habitat to abundance wildlife and people.A classic safari locale is the; not only has it the densest lion population on the continent but also is home to just about every other regional mammal, including the endangered black rhino.

Tarangire is the surprise package on the Northern circuit;it's a lovely, quiet park. It is most famous for its elephant migration, birding and authentic safari atmosphere! .The middle and the end of the dry season that runs from late June to October is the best time to view wild life in Tarangire National Park.Elephants are the main attraction, with up to 3,000 in the park during the peak months; Tarangire is the best place forelephant'slover.The wild animals in this park differ depending on the season. It is also linked to the fact that Tarangire is just a part of the bigger ecosystem. Many of the animals leave the park during the months of November to May. Also, there is Tarangire River, is a permanent feature that even shares a name with the Tarangire Park

Lake Manyara National Park, well known for the tree climbing lions, the soda ash lake and its flamingos, we are talking about breathtaking scenery.It may lack the size and variety of other northern-circuit destinations, its vegetation is diverse, ranging from savannah to marsh to evergreen forest (11 ecosystems in all) and it supports one of the highest biomass densities of large mammals in the world. The chance to see elephant families moving through the forest or Lake Manyara's famous population of tree-climbing lions (although sighting them is becoming increasingly rare) are alone reason enough to come. The park offers a high diversity of bird species over 390 birds species both migrants and residents include a thousand of pink-hued flamingos on their perpetual migration as well as other large water birds such as pelicans, cormorants and storks.Lake Manyara's famous tree-climbing lions are another reason to pay a visit to this park. The only kind of their species in the world, they make the ancient mahogany and elegant acacias their home during the rainy season!

Arusha National Parkis one of Tanzania's most beautiful and topographically varied protected areas; the park is dominated by Mt Meru, an almost perfect volcanic cone with a spectacular crater. The park is small but varied with spectacular landscapes in three distinct areas. In the west, the Meru Crater funnels the Jekukumia River; the peak of Mount Meru lies on its rim. Ngurdoto Crater in the south-east is grassland. The shallow alkaline Momella Lakes in the north-east have varying algal colours and are known for their wading birds.Arusha National Park has a rich variety of wildlife, Leopard populations are present, but rarely seen. Birdlife in the forest is prolific, with many forest species more easily seen here than elsewhere on the tourist route - Narina trogon and bar-tailed trogon are both possible highlights for visiting birders, whilst the range of starling species provide somewhat less gaudy interest.

RUAHA NATIONAL PARK Ruaha is the largest National Park in Tanzania. Its borders were extended in 2008 to include Usangu Game Reserve to protect the Ihefu wetlands and the Great Ruaha River catchment areas and biodiversityRuaha National Park takes its name from the Great Ruaha River, which flows along its southeastern border. The river provides permanent water in the park, and during the dry season animal concentration along its banks is spectacular. Ruaha National Park is about two to three hours' drive from Iringa Ruaha National Park forms the core of a wild extended ecosystem covering about 40,000 sq km and provides home to Tanzania's largest elephant population, estimated at 12,000. In addition, Tanzania's largest national park hosts buffaloes, greater and lesser kudus, Grant's gazelles, wild dogs, ostriches, cheetahs, roan and sable antelope, and more than 400 types of birds.

Its located within the Arusha National park, overlooking Arusha town, is the second highest mountain in Tanzania after Kilimanjaro. It is an exciting mountain to climb. There are numerous animals to see on the lower slopes and vegetation zones change as you ascend. The climbing takes 4night and 3 day.
Day 1: Arusha - Momella Gate (1500m) - Miriakamba Hut (2500m) In the morning, we will pick you from Grand Tanzanian love houses and after a 30-minute drive, you will arrive at the Arusha National Park Gate, hence transfer to Momella Gate (1500m). You start your hike and get a first glimpse of the wonderful giraffes and buffalos. After a long walk you will enter the acacia forest in which you will follow the Southern Route. After a steady 2-hour climb, you will reach Maio Falls and some picturesque meadows that are a perfect place for a picnic. After another 1? - 2 hours, you will reach the Miriakamba Hut.

Day 2: Miriakamba Hut (2500m) - Saddle Hut (3550m) In the morning, you will leave the Miriakamba Hut,8ybehind and follow a steep track with wooden steps upwards. Due to the gain in height, it will be noticeably cooler than the previous day and due to this, the hike will seem to get easier,3200m where you will enjoy a well-earned break. After another hike in which the vegetation changes from rainforest into an airy bush land, you will reach Saddle Hut (3550m) at midday for a relaxing lunch break. During the afternoon, you have the option of a side trip to Little Meru (3820m) which takes approx. 1 - 1 ? hours and from where you can have wonderful views of Arusha National Park and of the Kilimanjaro (approx. 80 km away).

Day 4: Miriakamba Hut (2500m) - Momella Gate (1500m) About 2 - 3 hour trek over the so-called 'Northern Route' back to Momella Gate. The descent is shorter than the ascent but there is still the chance to see elephants, buffalos, giraffes as well as the black and white Columbus monkeys.

Mount Kilimanjaro with its three volcanic cones, "Kibo", "Mawenzi", and "Shira", is a dormant volcano in Tanzania. It is the highest mountain in Africa, about 4,900 metres (16,100 ft) from its base, and 5,895 metres (19,341 ft) above sea level. The mountain is part of the Kilimanjaro National Park and is a major climbing destination. The mountain has been the subject of many scientific studies because of its shrinking glaciers and disappearing ice fields.

Ol Doinyo Lengai, "Mountain of God" in the Maasai language, is an active volcano located in the Gregory Rift, south of Lake Natron within the Arusha Region of Tanzania, Africa Ol Doinyo Lengai, a symmetrical, steep classical stratovolcano rises majestically about 2000m from the East Africal Rift Valley depression to a summit elevation of 2890 m. Ol Doinyo Lengai is an extremely fascinating volcano: it is the only active volcano known to erupt carbonatite lava, a sensational discovery scientist

Lake Natron is a salt and soda lake in Arusha Region in northern Tanzania. It is in the Gregory Rift, which is the eastern branch of the East African Rift. The lake is within the Lake Natron Basin, a Ramsar Site wetland of international significance. The southern half of Lake Natron (top). Fault scarps and the Gelai Volcano can also be seen. Numerous near-white salt-crust "rafts" pepper the shallowest parts of the lake (inset). The lake is fed principally by the Southern Ewaso Ng'iro River, which rises in central Kenya, and by mineral-rich hot springs. It is quite shallow, less than three metres (9.8 ft) deep, and varies in width depending on its water level. The lake is a maximum of 57 kilometres (35 mi) long and 22 kilometres (14 mi) wide. The surrounding area receives irregular seasonal rainfall, mainly between Decembers and May totalling 800 millimetres (31 in) per year. Temperatures at the lake are frequently above 40 °C (104 °F). Lake Natron in Tanzania is one of the most serene lakes in Africa, but it's also the source of some of the most phantasmagorical photographs ever captured - images that look as though living animals had instantly turned to stone.

We will appreciate to receive your views

HOW TO GET STARTED